May I sit next to you, forever? These seats are spectacular!

Posted on November 3, 2014 by Scott Linscott

“Can I sit next to you for the rest of my life?” was the question I asked in December of 1982. “Will you sit next to me?” I didn’t phrase it that way but it’s what I meant.

Our seat selection started when we sat side-by-side in December of 1981 watching comedian Bill Murray in the movie “Stripes.” We knew next to nothing of each other except for the externals. Robin saw me as someone who always had a different girl at his side and I saw her as the girl who studied way too much.  It was our beginning.

We’ve been sitting next to each other for 33 years since then in a variety of seats.

Newly married, we either sat in simple chairs we could barely afford or chairs given to us as hand-me-downs. We watched our basic television in a tiny married-student apartment on the University of Maine campus.

A few years later we sat in a hospital room welcoming our first child. Our looks bounced back and forth from joy to terror. We sat in those spots two more times over the next four years, looking more confident and more overwhelmed with each birth.

Our seats shifted to minivans and school bleachers over the next two decades. We sat for award ceremonies, playoff games and plays. We left our seats only to coach or help our kids play their sports and chase their interests. It was difficult to sit together at times because of the three lives sitting in between. Sometimes we felt distance and struggled to connect. We made efforts to get away, just Robin and I, to sit close, child-free at least once a year.

We sat at graduations and listened to speeches. We took pictures of our three in their gowns and mortar-board hats to add to our photo wall. We added chairs for friends and families to sit with us to celebrate.

As time passed, some seats were harder than others. There was the time we allowed our seats to drift so far apart that we asked, “do you even like sitting with me anymore?” We felt like we were doing little more than sharing a bed and serving three little lives. We worked to pull our chairs back together.

There was the season we slowly came to recognize that the church seats we were sitting in were unhealthy and toxic. Changing our seats from church chairs to therapist’s chairs was very painful, even though we were surrounded by friends who were making the same break from spiritual abuse.

There were the seats we nearly lost to the bank while serving a parachurch ministry that was underfunded. We pulled our chairs closer again and prayed for rescue and provision.

Our seats have moved over the years. Sometimes we have snuggled into the same, large, overstuffed, comfy chair and sometimes our chairs have intentionally faced away from one another when we’ve argued. Thankfully, we have spent more days in the comfy chair than we have spent apart.

We sat in painful chairs saying goodbye to Nana, Robin’s mom, after watching colon cancer take her life and we sat in celebration seats watching each of our children marry their loves. We sat in terribly uncomfortable chairs in far too many physician’s offices praying for hopeful words but instead hearing bad news week after week as liver disease fought to take my life.

Robin sat in a waiting room chair on May 7, 2012 trying to distract herself with work hour after hour while husband and son lie in separate operating rooms less than 100 yards away. The risks to her son, giving 60 percent of his liver to his father, were small but still left the possibility of the unthinkable. The surgery for her husband brought hope for a future but offered no guarantees for survival.

Seats. Some we choose. Some are assigned. Some just happen. Some are exceptional and some are dreadful. 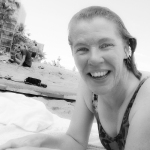 On this beach, my mind flipped through memories like pages in a flip book while I looked at her smile and watched a ball of sea water cling to the tip of her nose. I saw our 9 year old Jake dancing on second base wearing a crooked baseball helmet. I saw our 4 year old little girl dressed in her puffy, purple snowsuit standing at the peak of a parking lot snowbank yelling “I love Daddy” as loud as she could to listen for the echo. I watched tears come into my father’s eyes, after a Little League game, when my 12 year old handed his Grampa the ball from the home-run he hit during the game. It’s incredible how fast life can flash before our eyes. They say it happens before you die but I find it happens often now that I get to live.

“Can you believe we are here?” I asked. “We are sitting on a beach in Maui.”

It’s been two-and-a-half years since my transplant and still the emotion is raw, just below the surface. Tears found their way to the top several times when I was in Maui. Sometimes Robin was with me, sometimes I was alone and sometimes I was with my sisters. (We were all there for a family wedding.)

I welled up watching my animal-loving sister Gloria find joy feeding fish in the resort pond. I cried looking at a picture of my sister Gail running through a beach scene I set up for her. I cried while watching powerful waves crash into rocks as we drove the road to Hana. I even cried alone lying on the beach photographing a tacky, pink ukulele against the backdrop of a beautiful sunrise. I cried a lot of happy, grateful tears that week.

All I could think of was what a gift life is. During the most difficult days of transplant, I was sure I wanted to die. I had no idea what lie ahead. On numerous days all sense of hope was gone. I had days when I so hated my seat that I just wanted to leave.

I’m glad I hung around for the next act. I’m thankful that my Jesus pulled up His chair and leaned in to give me the strength to keep fighting. I’m thankful. Every day is indeed a bonus day.

I know that the majority of my readers are fighting trials. I understand the thoughts you have because I had them. I know you are miserable and that death looks so much better than constant pain. I know. I remember. I know that feeling of getting cards and emails from caring friends and thinking, “Yeah, right … that’s nice but you have no idea what I’m going through.”

I wish I could give you a glimpse of hope. I wish I could introduce you to Hope and convince you to give my Jesus a chance to pull up His chair. I wonder if I had had even a glimpse life today, 30 months after transplant, sitting next to the love of my life on a luxury sailing catamaran watching the sun sink into the Pacific ocean, if it would have given some strength on the worst days.

I know your seat sucks right now. I know, like a baseball fan at Fenway Park sitting behind a pole, pain obstructs your view. People around you are telling you to look to the future, that the view is good, but all you see is pain, pills and bills. I remember your seat.

Maybe you could look at me for a moment? First, see me sitting in my mobility scooter, wearing my adult diapers, unable to walk 100 feet, abdomen swollen from fluid buildup and removed from the transplant list in March of 2012, too sick for the surgery. And then, look at the pictures below, October 2014, and understand that you don’t know what might be ahead if you continue fighting and hang on until the storm clouds clear. I know, I know … you think they’ll never clear but trust me … they might. They won’t if you give up.

Robin and I are sitting in our seats again, hand-in-hand, watching the curtain rise on the next act. Like everyone else, we don’t know what’s ahead. All we know is that we’re glad to be given this time together.

Then I will make up to you for the years That the swarming locust has eaten. Joel 2:25 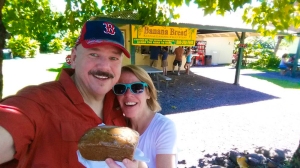 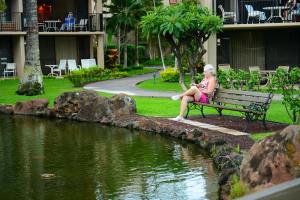 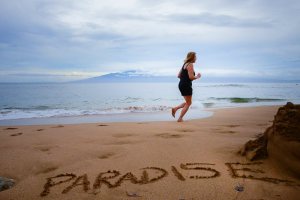 Gail running on the beach. 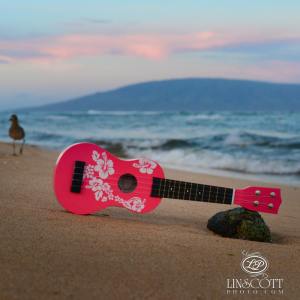 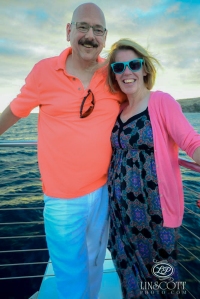 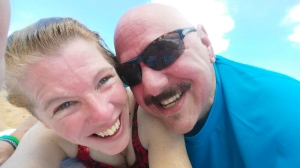 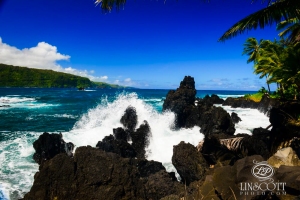 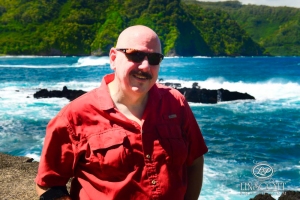 3 Responses to May I sit next to you, forever? These seats are spectacular!