What did Hurricane Sandy show us? People. 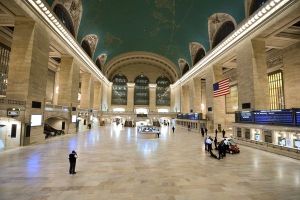 The news stations are showing image after image of Hurricane Sandy’s destruction.  We’re seeing house after house full of water, sand-filled streets from all the beach sand thrown into neighborhoods, cars underwater and homes washed away. We’re seeing 80 homes destroyed by fire in one area of New York, subways full of water and tunnels that normally move cars now full of the ocean.

Commentators are talking about 50 billion dollars in damages. City planners are asking what we should do differently. Blame fingers have already started wagging behind empathetic well wishes.

Fundamentalist preachers are working on this week’s fire and brimstone messages where they will point to storms and devastation as evidence of God’s wrath being brought in judgement. When I preached, that never made sense to me. I knew that my good works were just filthy rags next to my holy God. How could I possibly stand there with my hypocrisy, unforgiveness and imperfect life and tell people my God is judging them knowing He should start with me? Show me a man who says he is not a sinner and I will show you a liar.

Still, I see people. I see mom’s hoping to rescue pictures. I see couples looking at everything they built suddenly washed away. I see people unable to buy milk or get money out of an ATM. I picture families frantically calling and getting busy circuits. I see confused children in a state of shock. I see pain.

I used to be unable to see the people. I, like most, would watch news accounts, shake my head and pour my coffee. And then I went to New Orleans after Katrina to help people rebuild. I learned how inaccurate news accounts were. The reports of looting,violence, rapes and criminal behavior I had seen on the news were greatly exaggerated. In fact, the NOLA (New Orleans,LA) people I spoke with told an entirely different story. It was a story of people caring for people.

We are seeing devastation of property beyond what we have ever seen before left in the wake of hurricane Sandy. It was so widespread. Initial estimates are that 30-50 lives have been lost. In the wake of Hurricane Katrina the death toll was over 1800.

Tonight, as flood waters are receding there are millions of people who are thankful. Yes, thankful. A New Jersey woman summed it up on tv tonight, “We lost absolutely everything … but we are alive so … I guess we really lost nothing.” I think she had an epiphany as she was interviewed.

In New Orleans, while the government couldn’t get out of its own way, people came to help. Churches sent teams who slept on floors and then worked on the cleanup. Pickup trucks with builders came to volunteer. Habitat for Humanities mobilized quickly. Thousands of teams came for nearly two years to help. People helping people.

Government will try to help in Sandy’s wake but the true difference will come from people.

You can lose all the material possessions you own. It’s hard. But, we know firsthand that what we cherish most is people. When death stared me in the face before my life-saving liver transplant, nothing else mattered  Life. Connections. Relationships. People.

Please, if you can, please lend a hand …

“… love the Lord your God with all your passion and prayer and muscle and intelligence – and love your neighbor as well as you do yourself.” – Jesus

Living life to the fullest, walking in the dust of my Rabbi, creating art through photography and written word, speaking words of hope wherever and whenever the opportunity arises.
View all posts by Scott Linscott →
This entry was posted in Liver disease and tagged destruction, devastation, God, Hurricane Sandy, lessons, volunteers, water. Bookmark the permalink.

1 Response to What did Hurricane Sandy show us? People.